We have spent the better part of the last month at Pyramid. We have seen the good the bad and the ugly! This is one of the best times of year to catch a fish of a lifetime at Pyramid for sure. There are plenty of big fish pics being circulated all over the internet coming from Pyramid Lake. That being said the fishing is tough for numbers and you have to put your time in. The water is cooling down rapidly now with the cold overnight and daytime temperatures in the area and with the cold forecast this pattern is not going to change. All this means for now is everything is pretty normal for this time of year. Fish are spread out. The minnows are in deep water and the fish we are catching are the occasional cruiser or school of smaller fish. Stripping Wooly Worms, Beetles and Tadpoles has been the most effective but anglers putting in their time with Balanced Leeches and Maholo Nymphs are also doing o.k. On nicer days with less wind and sunny skies it is important to fish first and last light. Cloudy, windy days are the best and fish can be caught more frequently during the day. For stripping flies try Olive Martinis, Bloody Marys and Midnight Cowboys for Wooly Worms. White Ghost or Northern Lights Tadpoles are also catching fish as well. Under the Indicator it is hard to beat either a Black Maholo Nymph or an Olive Martini Balanced Leech right now. You can fish both at the same time with the Maholo nymph fished on top. 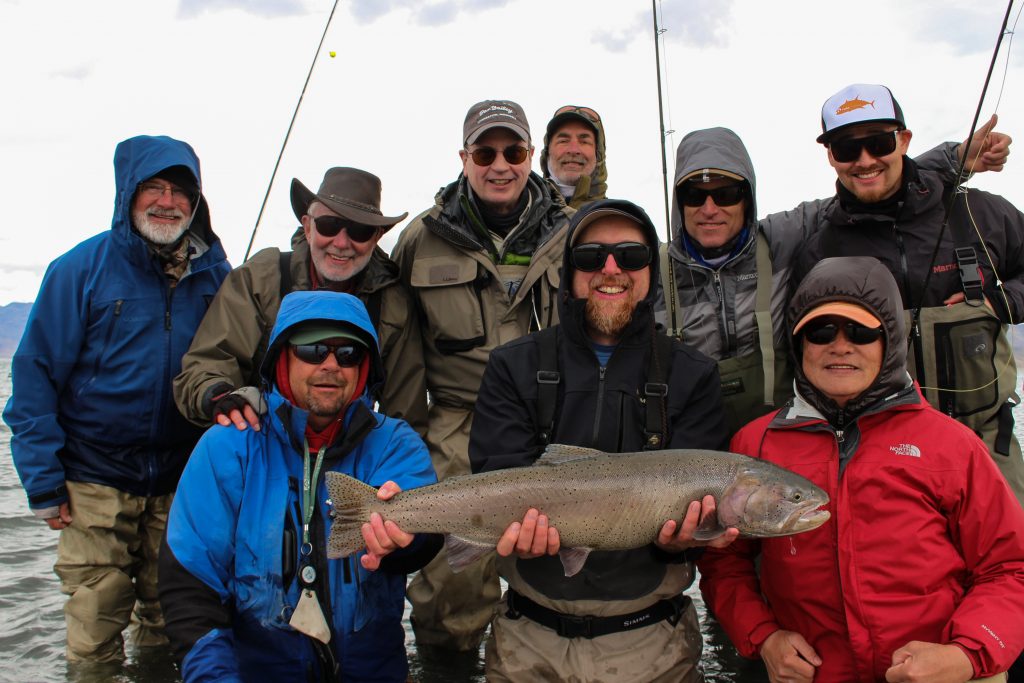