Well the opener was one for the books. Lots of anglers, plenty of fish and the towing companies at the lake had a field day. The weather on the opening weekend was anything but expected. The wind blew from directions it was not supposed to and it kept plenty of anglers from getting on the water in floating devices. The shore fishing was better for sure than in the previous couple of years due to a lower surface water temperature at 63 degrees.

Anglers fishing from ladders and from shore on some of the deeper beaches caught fish using indicators and nymphs as well as stripping Beetles, Tadpoles and Wooly Buggers. Some of the beaches still have a lot of weed growth and shooting head set ups are hard to use. There are however some beaches that are already free of weed growth and totally fishable. White Ghost Tadpoles, Martini Olive Wooly Worms and Tui Chub Patterns are all working well for shooting head set ups. Anglers who ventured out into the lake from float tubes and pontoon boats had some mixed reports but there were plenty of fish caught in deeper 25-40 feet of water. Pyramid Lake Balanced Minnows fished with fast sinking lines are working very well. Make sure you have plenty of weight on your minnows and leaches and a fast sinking line. The trout are chasing minnows all over the lake and a fast retrieve is important. Deep water Indicator Nymphing with Pyramid Lake Balanced Leeches also is worth a try on days with some chop. The fishing is really good and could stay like this for a while. 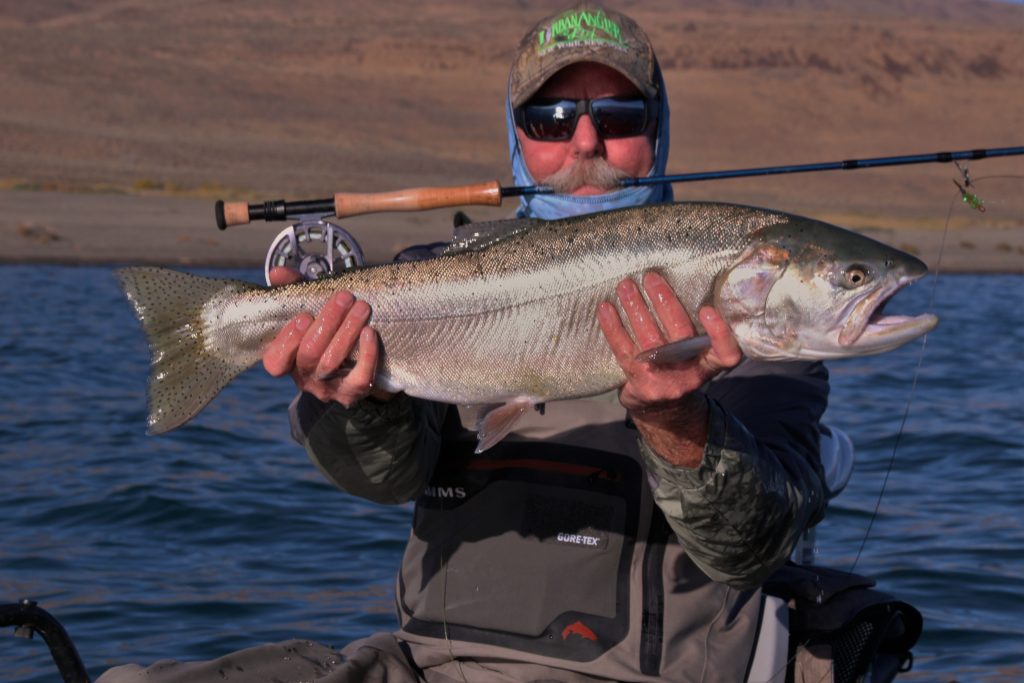