The fishing at the lake has gotten really tough. Even on the good weather days where there is wind and cloud cover and what seems like perfect conditions it has been tough. We just went through the full moon cycle and it was right in the middle of the peak of the spawn and is probably the biggest reason for the slow fishing. We should still see an improvement looking forward as the moon gets smaller and the spawn comes to an end but for now a two or three fish day is very common. On the bright side there is a Callabaetis hatch starting that really helps the Nymphing under an indicator this time of year. Usually late morning to early afternoon on some of the more shallow beaches. It is still important to fish the weather and the wind and to move if nothing is going on. The water temperatures are still around 55 to 56 degrees and the lake is in great shape. This is a great time of year to branch out and try some new spots. For stripping flies the White Ghost Loco Tadpole has been awesome as has the Midnight Cowboy Wooly Bugger and the Martini Olive Wooly Worm. Nymphing is usually better this time of year especially with the Callabaetis hatch starting and plenty of midges out there. This has been the year of the Maholo Midge in the Copper Wino color for sure. With the Callabaetis hatch Maholo nymphs will also be an important fly moving forward. 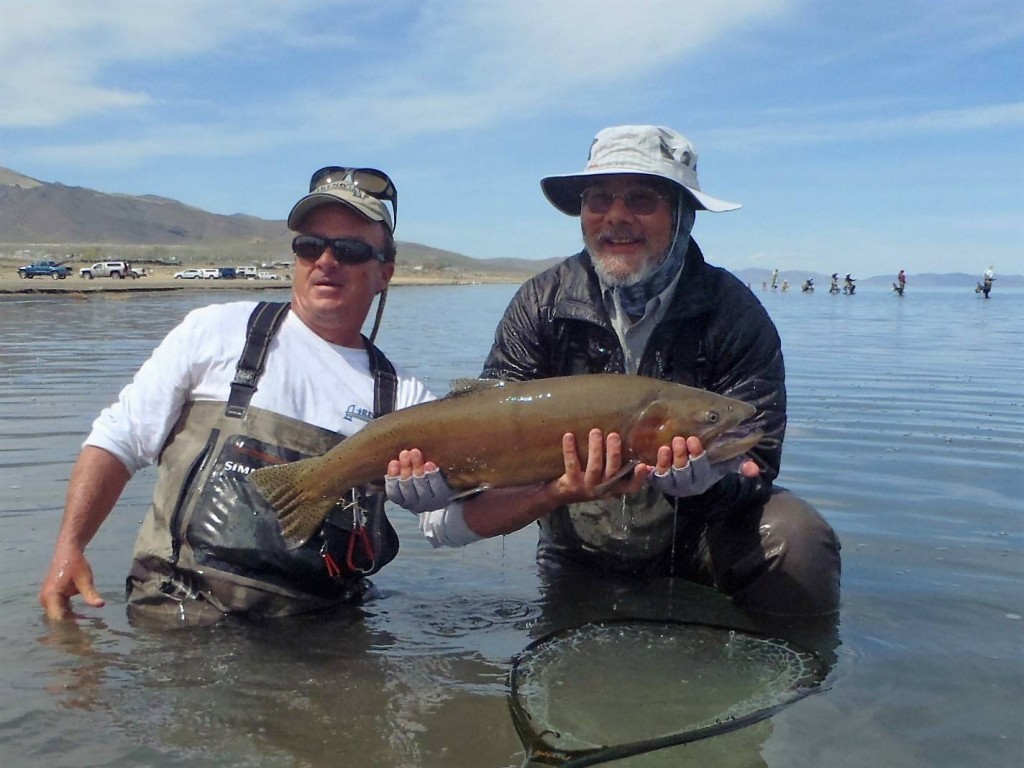